Collaborate: the concept is so ingrained with agile development that it’s one of the four components of Alistair Cockburn’s simplified Heart of Agile approach (along with Deliver, Reflect and Improve.)  Yet, collaboration has an “achilles heel”, a Kryptonite of sorts, that no one really talks about:  Bias.

Before we get into the roots of Bias and its effects, let’s explore what’s at the core of Collaboration. 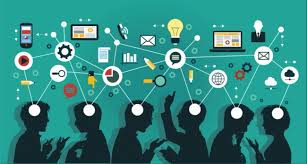 To collaborate (according to Google Dictionary) is to

Collaboration relies on a combination of team skills: listening, communicating, connecting, cooperating, observing, and setting aside personal agendas and opinion. 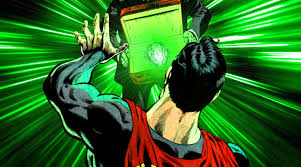 Bias creeps in innocuously while we’re truly practicing our good communication skills; it can coat our words and can jade our thought process without us even being aware of it.  At best, bias skews our creativity, at worst, it kills trust and collaboration.

While we may not perceive bias in ourselves or others (“after all, we’re open and honest professionals doing our best”) – it’s there.

The good news is that Bias is like the iceberg below the surface that we didn’t know was there, and once we’re aware its there, we can dismantle its effects.

Through conscious practice and exercises, our awareness of our own biases can increase and we can override its effects.

Bias comes in a variety of flavors and styles – and, we all have it in one way or another. The first step to overcoming bias is to recognize and acknowledge it in ourselves.

What kind of bias(es) do you hold?  I’ve condensed the list of bias types (from data analytics and psychology sites) and added examples for agile projects:

When we allow these unconscious biases to influence how we send or receive information, we stymie true collaboration.

What biases do you see in yourself and your workplace?  When I, personally realize I have a particular bias, I make a conscious effort to pause before responding.  When I’m prone to say something that would block collaboration (words like “we can’t do that…” or even the seemingly innocent thought in my head like “what on earth?” I try to stop and ask myself why I would think that.  Pausing to reflect and see the part that my unconscious bias plays, really helps me to collaborate better.  Might it work for you?

Would you Play Along?

Over the coming weeks, please join me in a new blog series called “The 5% Social Experiment” where I’ll post some easy social experiments to identify and overcome workplace bias.

Can I count on you to play along?

Notes to my 10 year-old self